A lot of people have offered this already, but I may have something to add. The Emissary/Prophets/Pah Wraith storyline. I actually don’t think it was such a bad idea and where most people seem to dismiss it entirely, it irked me more because it’s one of those things in Star Trek that comes off as a missed opportunity. 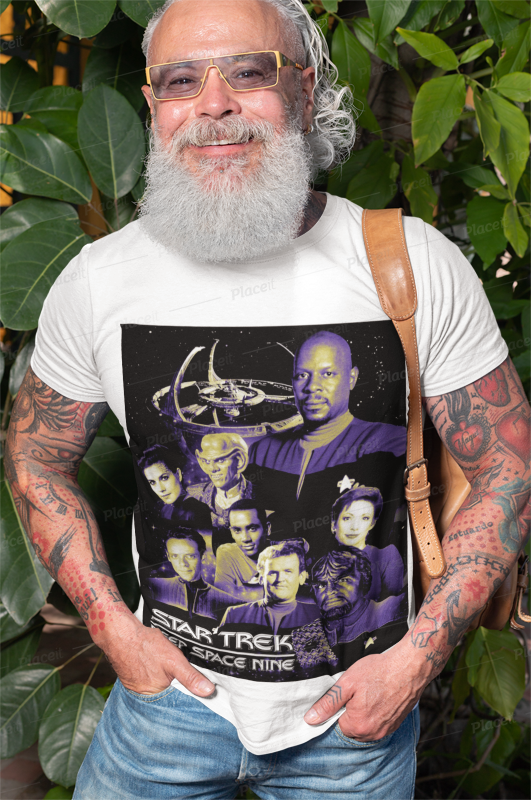 A lot of times the complaint about Star Trek is that they slack off on the “strange new life” angle of the franchise. All the aliens look like people with prosthetics. But here we have our lead making the first contact with an alien race very much unlike anything we have seen up until that point. They’re a species that exist out of time. What’s nice about the pilot of DS9 is they use this strange concept to deal with Sisko’s character who is trying to get over the death of his wife, a tragedy that is keeping him anchored to the past. It’s a wonderful blend of a character-driven story and an interesting sci-fi concept.

Make the prophets more relatable. I get it, the whole concept is that they’re so alien we have trouble relating to them. The Hot Star Treck Deep Space 9 problem is, it’s a television show and we need the prophets to be characters. At least, I think that would have made it easier for us to invest in them. Instead, they talk in strange riddles and they do this odd thing where characters can only speak to the prophets in these disorienting visions. If the prophets had a personality and clear motivations we could be more invested in those storylines. Still, I understand the creative choice they made, I just feel as if overall it hurt this particular, potentially fascinating storyline in an otherwise excellent show.

They sometimes do the unforgivable and use the prophets as deus ex machina, having them show up randomly to make an entire fleet of enemy ships disappear. The worst part is, this happens at the end of the 6 part story arc at the beginning of season 6. A story that was perfect right up until the very end.

The prophets ultimately only serve to tell a very simplistic story about good versus evil and this has never been a “Star Trek” thing. The prophets are good, the Pah Wraiths are evil. It’s one of the only examples in Star Trek (real Star Trek) of simple evil and it ends up being really boring. Imagine a finale where Sisko isn’t hurling the bad guys into a literal hell? Imagine if he was able to reach some understanding about the so-called Pah Wraiths and reconcile them with the prophets? That’s what Star Trek is about. And to make things worse, these good and evil characteristics are more or less superimposed onto the Hot Star Treck Deep Space 9 two of the most interesting characters in the franchise: Sisko becomes an almost messianic character and Gul Dukat, a once complex villain, becomes a simple mustache twirler who wants to see Bajor “washed in flame”. Why? You can do so much better than that DS9. You have done so much better than that.

Wearing this Hot Star Treck Deep Space 9 Shirt and have a glass. It is summer and it is fresh. Why not add more freshness to this awesome season? Besides, it is awesome. Such a comfortable shirt can be wear 24/7. It made of 100% cotton and won’t shrink in the dryers. Thus, there is no better way of spreading the relaxation than wearing the message physically. The lovely message of sharing is caring is the utmost important message. Let join hand together and we will get Hot Star Treck Deep Space 9 Shirt. This 100% cotton product is 100% effective in loving to chillax night.

Or buy it here https://www.moteefe.com/store/star-treck-lovers-collection-design-by-alishirts